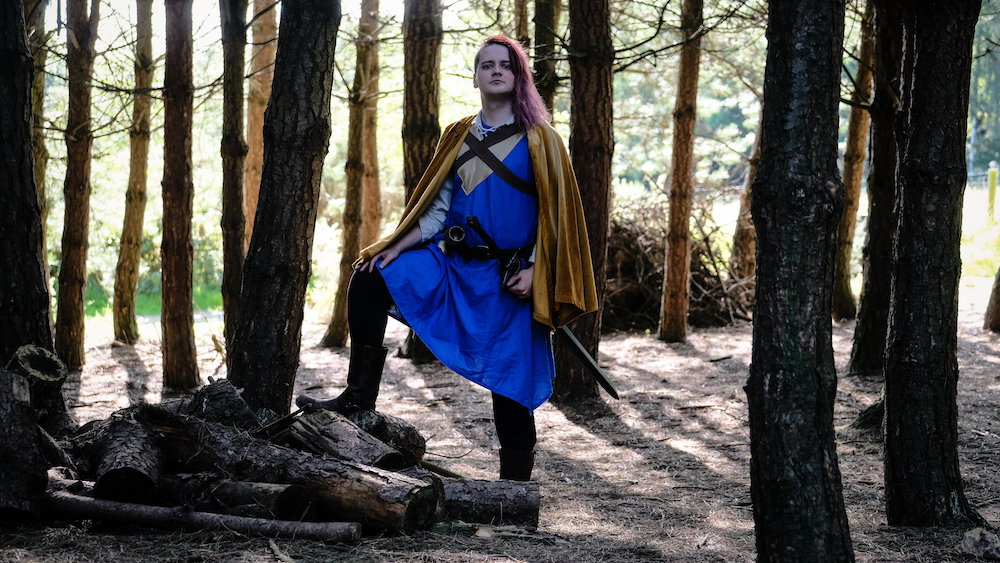 The Crux of the World

In its prime, before its Fall, Camelot represented the centre of the united kingdoms that made up the known world. A central point of trade, a nexus of political power, a solid bastion of defence, a point of immense magical power: ruled over by Arthur, the city of Camelot thrived as the world did, the beacon of a golden age some thought may never end.

Camelot also demonstrated the prime advancements of the world. Knights clad in the brightest of plate armour would wield the sharpest swords; the Archers who stood atop the walls with the great iron gates would be armed with the greatest bows; people would come from all around to experience the breathtaking magic wielded by Mages trained by Merlin in the arcane arts. No greater technology existed across the lands, and according to Merlin the greatest and most refined magic use would be found nowhere but Camelot.

Since the fall, the kingdom has shattered into a hundred quarrelling realms. While the city has remained inaccessible, rumours about what remains inside - what was left behind - have spread, and with Arthur's invitation it is believed that Camelot could once again become an crucial meeting place for politics and warfare: particularly thanks to the neutrality of the Knights and the oracular powers of Arthur's Mirror.

Though Camelot under Arthur was in its prime, every story comes to its end. In the Battle of Camlann, Arthur was defeated by an army of upstart Saxons from the north, betrayed by his close friend Mordred, and mortally wounded. Camelot's forces were routed and Arthur was taken swiftly from the field of battle by Merlin. Mordred vanished and the leader of the upstarts, Serena, claimed Camlann as her own. She constructed there a great stronghold and conquered the nearby Dark Mountain and Lake of Diana, declaring a new Realm of Saxon Lands.

It is unclear exactly what happened next or why, but several events that followed are common knowledge:

Arthur's Invitation, however, may change all this. With Camelot's gates opening even for a short time, and the word of the Once King to change the way of the world, who knows what may lie in store?

Though the dark cloud that enveloped Camelot after the Fall dissipated, the magical effect of it has not. The enchantment on the city, known as the Great Shroud of Camelot, prevents all from entering or leaving the city. Arthur's invitation to Camelot likely means that someone, probably Merlin, has found a way to lift the Shroud temporarily to let people in at the start and out at the end. However, the wording of Arthur's invitation makes it clear that anyone inside will be unable to leave the Shroud during the great meeting… unless they found a way to break the Shroud.

As of Tales Untold Chapter Two: The Plot Thickens, a great magical blow has been struck against the Shroud of Camelot. The effects of this are not yet widely known.

The Knights of the Round Table

The famed Knights of the Round Table were Arthur's most trusted compatriots. Though they numbered many in Camelot's prime, those like Arthur that survived the Fall still walk the Ruins. Nobody is yet sure of their intent, though they are known to be powerful paragons of their own specialisms. Of the members of the Round Table, the following are heavily rumoured to still remain:

Just before the Battle of Camlann, the rest of the Round Table's members were:

The God of Albion

Before Arthur united the lands under the banner of Albion, religion was a thing of small practice usually influenced by the history of the villages and town's which practiced them. However, with the popularization of King Arthur, the knowledge of his ever lasting quest for the Holy Grail seeped across his Realm and The God of Albion - creator of the Holy Grail - began to be worshiped on a scale never seen before. Said to be a symbol of truth, loyalty and knowledge, people who show devotion through courageous acts, heroic deeds and use of magical sacrifices.

However, as the years drew on the Grail left un-found, many scholars - including Merlin himself - lost faith in the existence of such a cup. With belief on the decline, the fall of Camelot lead to the sanctity and holiness of The God of Albion being called into question. Now, the Realms that follow the old ways are fewer and fewer and it is said that new, more popular religions are popping up in it's stead.

Legends tell of Arthur's great sword, Excalibur: magically powerful, and peerless throughout Albion. Retrieved from the Lake of Diana on a quest by Merlin and Arthur, the sword was rarely glimpsed in battle, but whole armies were rumoured to have been routed by the sight of it in Arthur's hand. The sword was lost during the Battle of Camlann and its location, and indeed whether it survived at all, is currently unknown, even to the occupying Saxons.

Long since debunked as make-believe by Merlin and other scholarly Mages, the story of a cup of Pure Magic still excites the imaginations of many across Albion. Many quests went forth from Camelot in pursuit of the Grail, but none were successful in finding more than hearsay. Over time, most of the Knights gave up hope that such a cup ever existed.

Before Camelot, it is said that the world consisted of warring factions that fought tooth and claw for minimal benefit. Wars would last for years with neither side making any gain, boundaries between nations moving feet at most. Trade and parlay between leaders was nigh impossible for fear of being killed, and the world stagnated.

Then came Arthur. It is said that having pulled the Sword from the Stone, one of the young leader's earliest quests had him find a great Oracular Mirror that could tell the fate of what would come. Using the power of this mirror, Arthur was able to make plans to consolidate his gains after victories, and prepare for the impact of the defeats. Using this knowledge, Arthur and his armies were able to do what few before had achieved and united the warring rulers of the world by sword or by word. With the world united, Arthur then used the power of the mirror to protect the people of the world, and to prevent uprisings with minimal bloodshed: a new, kinder warfare.

Of course, all this changed with the Fall. The Mirror was said to have been broken before the Battle of Camlann, a contributing factor to Arthur's defeat, and as the Mirror splintered and fractured so did the world into the Hundred Realms. Wars became bloody affairs once more, and borders failed to move for years.

That is, until Merlin fixed it once more, and invited all leaders of the Hundred Realms to utilise its wisdom: to submit their plans for warfare for the next year to the Mirror and be told the events that will follow - the events that will come to pass, so that armed with that knowledge they might return to the kinder warfare of Arthur's time.

More cautious tellings of the Mirror's legend include a warning: that, as with all magic, knowing the future comes with a cost - while Arthur was able to inform his generals of what would come to pass, those that tried to change the outcome met with a terrible fate and only worsened what they intended to prevent.

Any information on this page your character can choose to know IC. For convenience, we include below a list of things your characters may know. Importantly, please be aware that this Camelot is not in Britain and Albion is not England. Similarly while we are using Arthurian Myth as a basis for our setting, we are not following Arthurian myth to the letter. See Style and Influences for more details on this.