Jousts And The Melee 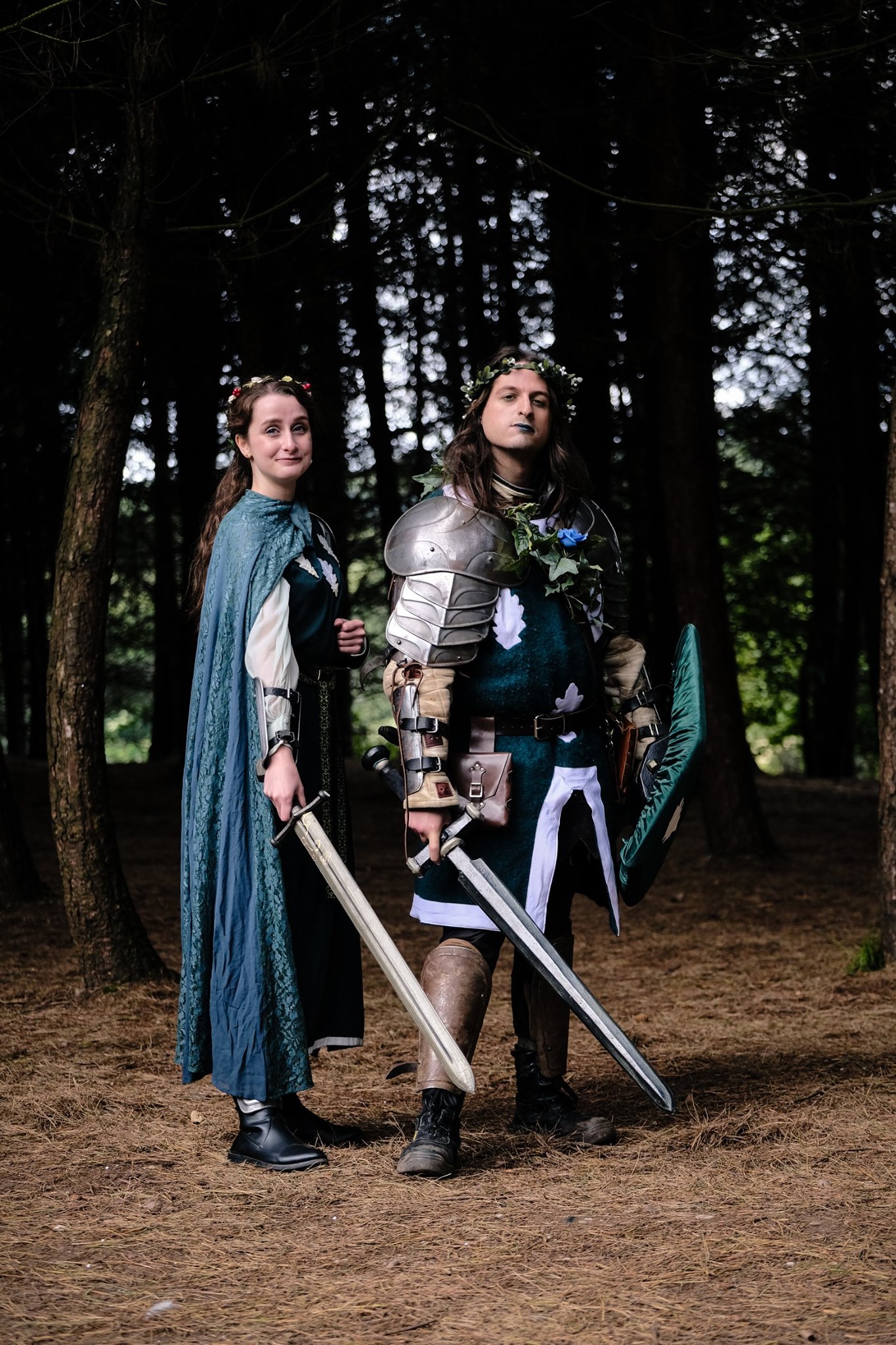 The exception to the rule of no combat in Camelot is during a Joust or the Melees. 7 Jousts and 2 Melees are organised by Lancelot as part of a Tournament. Attendees may request additional Jousts from Lancelot if they wish. Mortal Wounds may still be taken during these fights, despite being held in Camelot.

Jousts are 2v2 fights between two opposing sides. Historically, these fights were fought by lancers riding horses, but during Arthur's reign such use of horses was decreed barbaric, and so the horse was replaced with a second fighter to make a pair.

Each pair is made of:

While there are 7 Jousts held by Lancelot as part of a Tournament, the knight has been known to be a big fan of settling disagreements by way of Joust and they see it as a wonderful form of entertainment as well. In the days of Albion, Arthur had been known to comment more than once that they would be better wooed by the sword than the flower.

Their is also a great deal of honor to be won in a Joust and while Albion may have fractured into a Hundred Realms, the tradition of Jousting has survived across the lands.

Whether one of the 7 Jousts of the Tournament, or a Joust of honour, the format is always the same.

Often done by a bard or steward - though sometimes by a knight themselves - each side of the Joust is announced to the crowd of spectators. Some choose to detail past victories, others the reasoning for the Joust, but no matter what, to win the crowds favor, it had best be entertaining. Usually this is the time a Primary or Secondary would use any magic that gives them a duration effect.

Following the normal rules of Combat, the two sides fight until a single side is declared victorious with both their opponents knocked to 0 hits. The use of Magic in a Joust is welcomed as well. Though anyone casting Magic into the fray from the crowd will find their spells failing, it is noted that magic cast from inside the fray toward any spectators has left Jousts a somewhat dangerous spectator sport.

Victory goes to the Primary of the victorious side even if they were knocked out during the fight.

Challenging another to a Joust, and Oaths

At any time while the Arena is open, you may choose to challenge another to a Joust. Should they accept, you may step into the Arena and declare (by agreement) whether the fight is to the death or not - “we fight to the blood”. If you both agree, you may get a Knight of Camelot or powerful entity to bind the result of the Joust such that a pre-specified oath is owed the loser by the Victor. If that oath is not accomplished within a year, the Victor may curse the loser.

You do not have to fight a Joust yourself, you may declare a Champion. If your Champion loses, the effect of the loss is on the person for whom they fought.

Example oaths: “if I lose, I will raise an army in your honour”, “if I lose, the lands of my Realm will be yours”

A Defining Moment may be used (by reading it aloud as part of a challenge) in order to require someone to accept a Joust and an Oath. It may not be used to require a fight to be to the death.

A Melee is a large free-for-all fight. There are no official sides, though unofficial allegiances may be formed beforehand. Before the Melee, a set number of victors will be declared, and when the number of fighters is reduced down to that number the Melee ends and those fighters are declared victorious. This number may be 1.

Once you have entered for the Melee, you can not leave the combat until the number of victors is reached. There is no yielding in a Melee.

Given the chaotic nature of a Melee, if you are reduced to 0 hits do not fall over, instead drag yourself to the edge of the battle where you can collapse on the ground safely. Even if you are healed, you can not re-join the Melee after this point.

Due to the nature of these fights, it is entirely possible for one to reach the end of their Death Count over the course of a Joust or Melee and therefore receive a Mortal Wound. It is also possible to Execute someone in a Joust or Melee - though of course this is deeply frowned upon and if you are caught, will not win you many favors with Lancelot.

There is an annual Tournament in Camelot for great honour and great reward. It begins with a Melee to determine the competitors and is followed by a knockout. Competitors fight for their own honour, and that of their realm. Two may enter per Realm (though any may fight for the honour of a Realm that is not their own). Only one jousting side from each Realm may make it past the Melee stage of the Tournament.