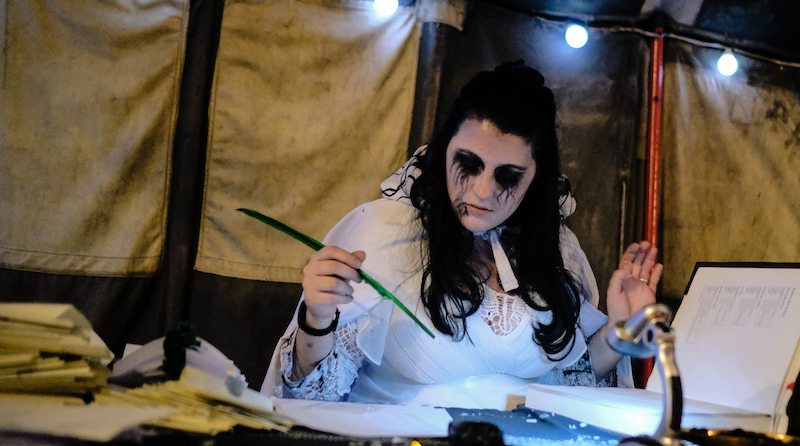 Magic is commonplace in the Hundred Realms, though use of it differs from Realm to Realm. Some Realms encourage all those who reside to study magic, others consider it an abomination against nature. Some see it as a gift, though one to be used wisely, others see it as a curse and a scourge. Magic cares not, and persists, ready to be used by whoever is willing to pay the price.

Magic is also unpredictable. Its effects can vary wildly, leaving even the most prepared Mage surprised. Knowing what magic to cast and what it costs can be a tricky game, with some Mages choosing only to risk casting when the effects are known and prices certain (publicised here), while others are more willing to experiment. It's a dangerous game, but can reward the bold just as easily as it can punish them.

All Magic created is unleashed upon the world through Scrolls. These are created at the Font of Magic and are sealed once created until they are used, whereupon whoever opens them should read the instructions and follow them to the letter. For Blessings and Curses this is slightly different: Blessings and Curses will be enacted immediately, and the effects on both the Creator and Target will be made known to them at once.

To use a scroll you must open it and read its full effect before continuing. Reading a scroll takes your full attention and you cannot fight or defend yourself during this time. If the Scroll states that it must be shown to the target then they must read it instead.

Scrolls are created by Mages at the Font of Magic. There, Mages should approach with a clear idea of the magic they wish to create, and the components that they are going to put into it. They should have a clear Target and Effect in mind, and know the Price of the magic they are going to cast. The Target and Effect will be imprinted on the Scroll, the Price will not.

Any Target or Effect can be described by the Mage, and changing these will change the Scroll's Price. If the correct Price is paid then the Scroll will be created. If not, it will be Miscast. If you Miscast, you will get an idea of which component of the Price was incorrect, and in which direction (overpaid or underpaid).

Magic comes with a Price. All magic requires at least ONE (1) Magic Bean to cast, but most known Scrolls require multiple Beans, and all known Curses require a component of Blood. It is rumoured that more powerful Scrolls have other material requirements, but these are closely guarded by the Mages who have created them.

Magic Beans are generated automatically by Mages and can be collected every 12 hours from the Font. Some territories also create Beans and these can be collected from the Conquest table by the appropriate Monarch. These appear to be crucial to the casting of magic and appear to occur spontaneously around Mages, defying current explanation.

Blood is required to perform darker magic, alongside Magic Beans. The cost of 1 Blood can be provided by a character presenting themselves at the Font of Magic and paying the cost, reducing their maximum body hits by 1 for the next 12 hours. Hits gained from Armour Use cannot be sacrificed in this way. Any character reduced to a maximum 0 body hits in this way will suffer a Mortal Wound

Magic is capricious and occasionally will require other components. These are generally more unpredictable, and vary across more esoteric magic. If a Mage attempts to create a Scroll with such an additional component but does not have it, the Mage creating the Scroll will get an impression of what additional component they need in order to cast correctly and will have around 5 minutes to find and bring it to the Font of Magic. If they fail to do so, the Scroll is miscast as the Price is not paid. 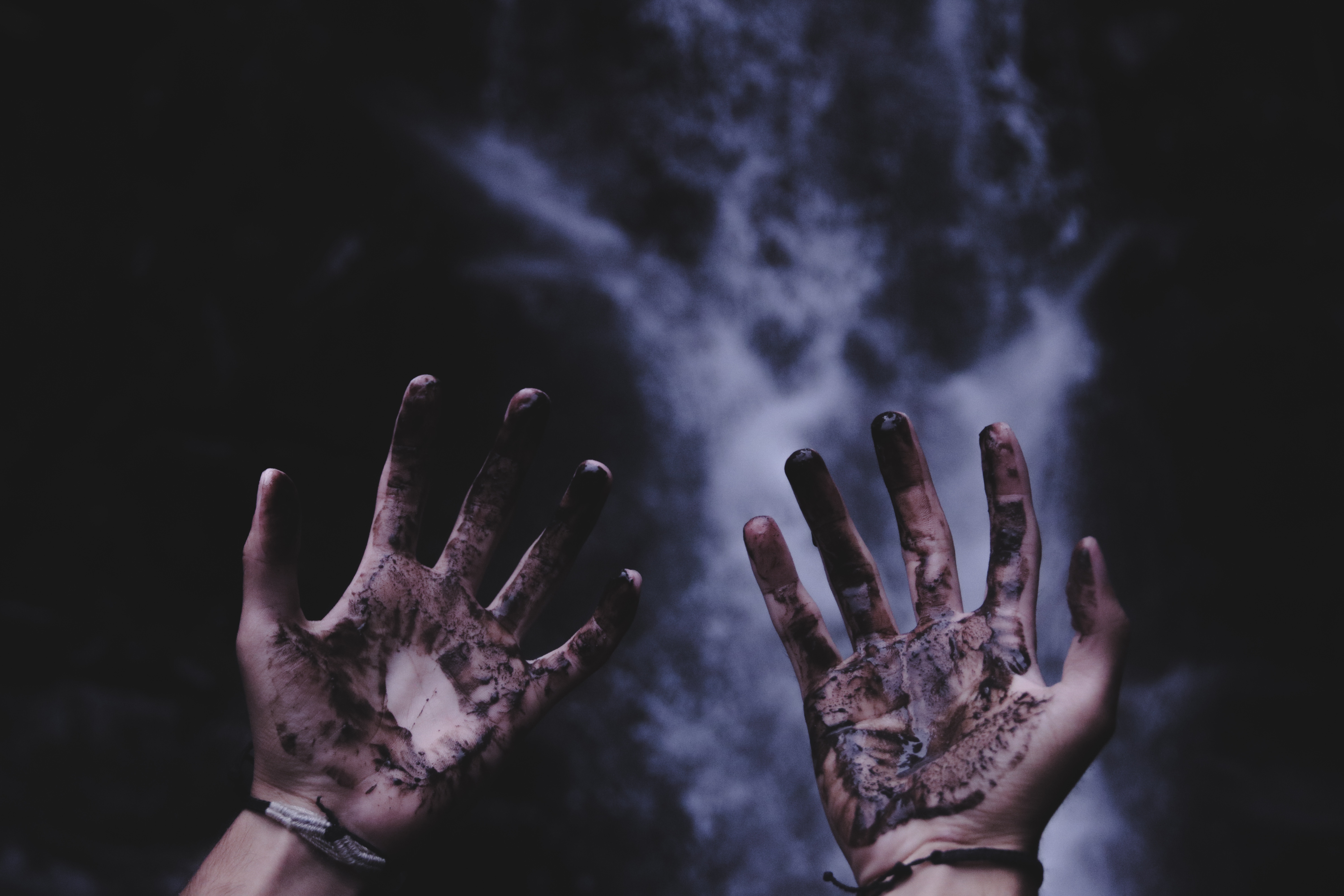 Magic is volatile and if the effect or target is badly specified, or the Price is paid incorrectly, then the magic will misfire. It will still be cast, but the effects of the magic may vary wildly as Magic draws components in seemingly at random. Some Mages consider this a cheap way to get useful effects, and will stockpile spells known as “Wild Magic”. Such irresponsible use of Magic is often frowned upon by their more careful colleagues.

All magic has a specific Price. That cost comes as a number of Beans and other components (commonly Blood for curses). The Price of a Scroll must be paid in full and correctly upon creating the Scroll. If it is not, the magic will be miscast at random, either selecting a random target or producing a random effect (or both!). There is much scholarly dispute over whether spells that are overpaid are less catastrophic than spells which are underpaid, but it is usually the case that an overpaid spell will have the desired effect, but hit a wider and uncontrollable number of targets.

If a Mage fails to specify the Target or Effect of their spell in good time or fail to specify these clearly, these parts of the spell will be drawn randomly regardless of whether the Price of the desired spell was paid correctly. 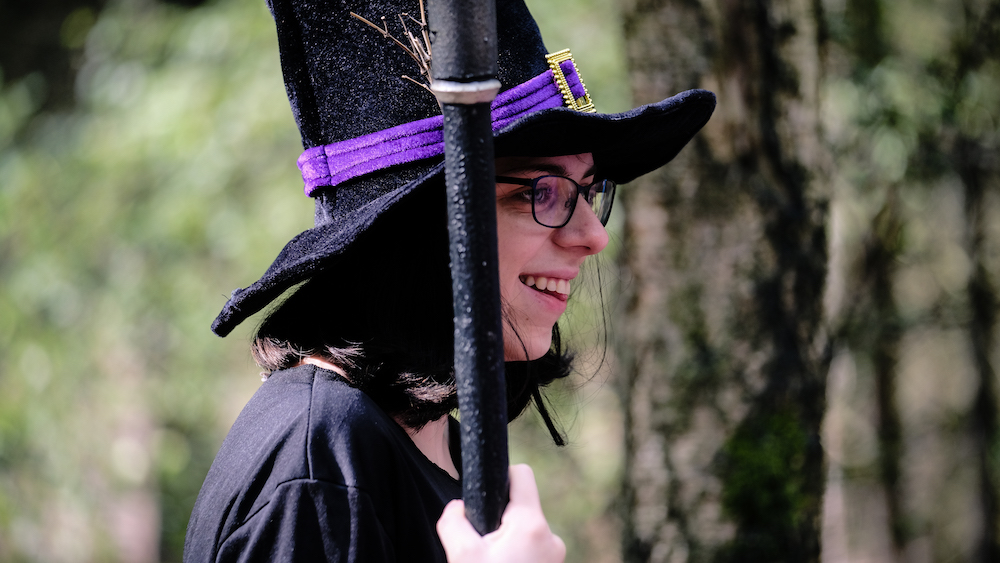 Magic generally takes one of three forms: spells, curses, and blessings, all of which are created as Scrolls. Every Scroll is labelled with its Creator's name, the cost that was paid for the Scroll, and two components: a target, and an effect. A Blessing or Curse has a condition. Publicly known examples of all types of Magic can be found on the Spell List.

The Target of a Scroll will indicate who the magic affects. This could be a named individual, a territory, or it could be a more general description, e.g. “Ethelred the Green”, “The next ally you see”, “All monsters within 5m of you”, “Nearest Ally”, “The Stronghold of Aelaria”. If you open a Scroll and are unclear as to who it targets, ask a Ref at your earliest convenience.

Magic that targets elements of the Conquest Table will only have effect if handed in to the Conquest Ref: if opened otherwise the effect will be wasted.

Targets that require a judgment call on your part (for example “NEAREST FRIEND” or “YOU LOT CONTAINING AT LEAST ONE ENEMY”) are yours to call. If you count someone as a friend or enemy then you can target the spell at them.

If you open a Scroll with no valid Target (for example, “NEAREST ENEMY” with no enemies in sight) then the Scroll is wasted.

This details the effect of the Scroll. You should read this carefully before announcing what happens. Some effects may grant abilities to the target, others may do damage. Curses and Blessings will bestow an effect of some sort upon the target, some may cause major alteration to the Conquest table.

Effects will either be listed as IMMEDIATELY or SOON.

Some effects will detail that you should SHOW THIS SCROLL TO THE TARGET. You may still read the Scroll to find out what magic you have cast on the Target, but must show the Scroll to the Target regardless of what it says.

Some effects will last for a duration (e.g. “For the next 30 minutes you gain the ability to once call YOU STRIKEDOWN at the nearest ally”) - such Scrolls should be kept on your person until they are no longer valid (and ideally the time you opened the Scroll noted on the Scroll itself).

OC Note: attempting to make an effect which we cannot feasibly represent (e.g. “Targets hair suddenly turns pink” or “Gravity reverses”) will usually result in failure. You will be given the option to change your mind if the scroll you are making would fail due to implausibility.

It is not required, but players are encouraged to create conditions that can be interpreted in multiple ways.

Are the standard way magic is cast. They are generally considered neutral and cover most general uses of magic from combat to healing to conquest. A number of commonplace spells are listed on the Spell List.

Blessings are “Good” magic that provide a powerful benefit to a target so long as the caster abides by a condition. Casting a blessing takes a lot of effort and focus on a target by the casting mage, and so each Mage can only cast one Blessing at a time. Once created, a Blessing will be delivered to its beneficiary immediately.

Curses are “Dark” magic that cast a powerful negative effect on a target until some condition is met to break the curse. Casting a curse takes a lot of effort and emotion from the caster and as such each Mage can only cast one Curse at a time. Curses that are active at the start of an Event will also have a deleterious side-effect upon the caster. Once created, a Curse will be delivered to its victim immediately.