Combat at events in Tales Untold may occur in one of two places: outside Camelot while on a Quest escorted by a Knight of the Round Table, or during a Joust or Melee.

Beside these places, blows fail to injure their targets, and wounds will heal over time (unless otherwise stated by a Scroll).

Anyone fighting should familiarise themselves with the LARP Safety Rules. 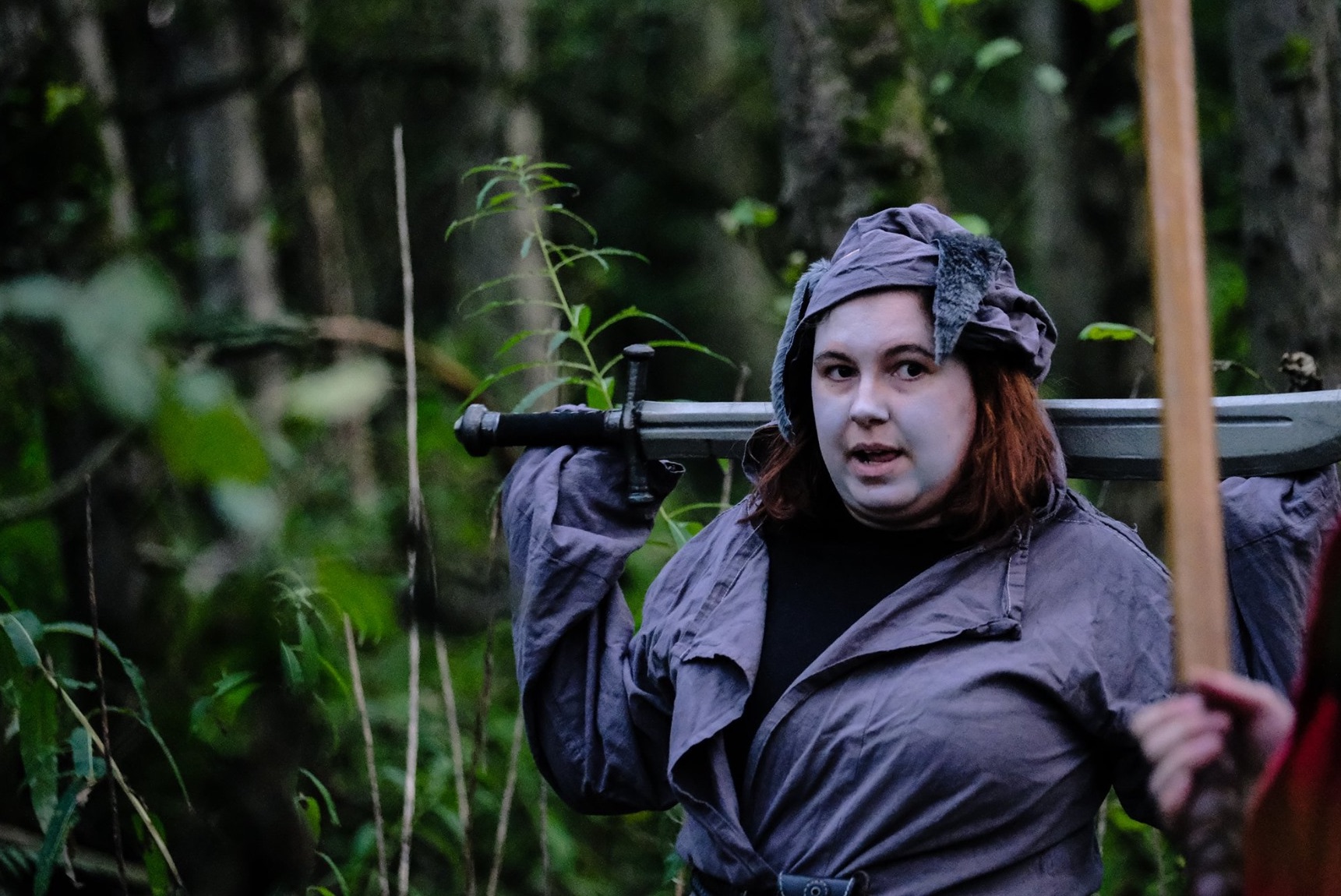 Tales Untold is all about stories and narrative. While hits and calls are mechanically important, combat is encouraged to be as dramatic as possible. Players are encouraged to overact their injuries, make a show of their fighting style, and treat combat as part of the story rather than simply a mechanism.

If a Ref tells you you it appears you're not fighting in the spirit of this, please do make effort adjust your fighting. Remember that you can only strike a blow with a weapon or make a call once per two seconds

Spells and benefits from Blessings may give you the ability to make certain calls during combat. There are 7 calls in Tales Untold that characters may call: DISARM, EXECUTE, HEAL, REND, REPEL, RESIST, and STRIKEDOWN. When you make a call you should make it loudly and clearly so that it is understood.

There are three ways you may make a call: in melee, at range, or reactively:

The DISARM call represents a held item that has been struck being hit with such force or skill that the holder drops it. It may then be picked up as normal by anyone.

By melee blow, you can only use this call to DISARM a weapon or shield.

If called at range, you should specify the item targeted (e.g. YOU DISARM THAT SWORD), otherwise the target may choose.

For safety, you may choose to place your item on the ground instead of dropping it. If you do so, you should stand up fully again before moving to pick it up.

The EXECUTE call represents a killing blow being made to a character who is bleeding and immediately deals them a Mortal Wound, ending their Death Count fatally.

Anyone can call EXECUTE on a character who is bleeding out after 10s of appropriate roleplay.

EXECUTE has no effect on characters who are not bleeding out.

The REND call represents a particularly painful wound being inflicted, often from acid, fire, or particularly vicious weaponry. If you are subject to a REND call then for the next 10 seconds, you cannot land blows in combat or make any calls, you may only fight defensively with one hand, and should roleplay being in serious pain.

The REPEL call represents being hit with such force that you are thrown backward. If you are subject to REPEL you should move directly away from the source of the call in a straight line for 10 metres, or until you reach a physical obstacle (environment, not a person).

RESIST is always a reactive call.

The STRIKEDOWN call represents being hit with force enough to knock you to the floor or trip you up. When you receive a STRIKEDOWN you should fall to the floor with either your back or your torso touching it. You may then stand up.

If it is unsafe to take a STRIKEDOWN by falling over, or you are incapable of taking it for another reason, you may instead take the effect of a REND call as if it were the STRIKEDOWN call.

When you reach 0 hits, you should fall over on the floor and begin counting. This is your Death Count and will be 1 minute for every maximum hit you have (so 3 minutes by default, 6 minutes if you have the Stout skill, and 1 minute fewer for every unit of Blood you've sacrificed in the last 12 hours). When you reach the end of your Death Count, you will suffer a Mortal Wound.

You are not necessarily unconscious while bleeding out. You may make noises and call for help, you may drag yourself to safer locations along the ground or move slowly supported by someone else (who should only be making physical contact with your permission). You may not use any of your skills during this time, but may be affected by effect calls, including YOU LOT calls.

While bleeding out you may be “carried” by another character moving slowly and with appropriate roleplay with both hands but do not touch another person without their permission - telling them you are dragging them is sufficient. A “carried” character is not affected by effects that only target the person carrying them (i.e. calling REPEL on someone carrying someone else is a valid way to get them to drop them)

It is possible to pause a bleeding character's Death Count by staunching their wound. This should be represented with appropriate roleplay using both hands but do not touch another person without their permission - hovering your hands over them to represent this is sufficient. While you are being staunched, do not advance your Death Count.

If you receive a HEAL call while bleeding out, you receive the point of healing and your Death Count stops (it will be restarted from 0 the next time you reach 0 hits).

If you receive a HEAL ZERO call while bleeding out, you stop your Death Count but do not gain back any hits. This leaves you in a weakened state but not dying - you will still need a HEAL call to be able to use your skills and move unaided.

If you are subject to the EXECUTE call while bleeding out, your Death Count immediately finishes and you will take a Mortal Wound.

When you reach the end of your Death Count (or are EXECUTED), you will take a Mortal Wound and will die at the end of an hour from the moment you receive it.

Once you have suffered the Wound you can (and should, if you don't want to be crawling around on the floor) be brought up by healing as usual (the rules for bleeding out still apply) but will still have suffered a Mortal Wound and as such will only have 1 hit for the duration of the hour (even counting armour bonuses). You should roleplay accordingly.

Upon returning to Camelot (or immediately, if you suffered a Mortal Wound in Camelot) you will no longer be able to use any of your skills. You should use this time to finalise your affairs and say your goodbyes before you die. Your death will occur either at the end of the hour, or at a time within that hour of your choosing. You should contact a Ref at this point.

While suffering a Mortal Wound you cannot engage in a new Joust or Melee and Knights may be less inclined to take you on Quests - you may have to convince them.